Also, There's A New Highrise Down The Block From My Scale

I was feeling pretty good about myself today. I actually got off my lazy ass and headed to the track for a run for the first time since I was sick. Last month.

But what can I say? I was sick! And then I was depressed! And then I was a bit psychotic! I was in NO CONDITION to go running. I was in the condition to lay around and cry. And eat taquitos.


But today...well, I threw on my tennis shoes, dusted off my Ipod (literally), and went to the community center. And when I walked in? I realized exactly just how long I'd been gone: the lobby has been entirely remodeled. There were walls in places that were formerly wall-less. And not just walls, but sheet rocked, painted walls with pretty pictures hanging on them.

It was a little embarrassing having to ask where to find the sign-in book. The lady at the desk was judging my slothful ass, I could tell. But then I realized I didn't care what she thought because she works at the fucking community center. Who is she to judge me?

I don't know how far I ran because I lost count right around lap number "try not to puke", when my vision darkened and the giant green bean asked me if I knew how to read my pulse (is it count my pulse? take my pulse?) But I did run for 50 minutes. And by "ran", I mean walked almost as fast at that lady with the oxygen tank.


I'm hoping the workout will help me fall asleep tonight without having to, you know, cry and stuff. So I'm going to go take a bunch of Tylenol PM and start writing an analysis on "the romantic hero" for my lit class. That's a good snoozer combo, don't you think? (Hopefully the Tylenol also helps my legs not seize up during the night)((which is totally likely since I gave Gray so much shit yesterday about his robo-arms))(((because we already know that Jesus fucking hates me))).


If this works to fight against the blues, I'll be sure to run this weekend. I'll need it. Here's why: 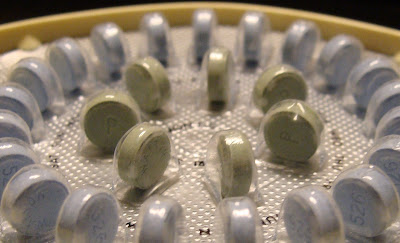 I'm throwing in the towel and going back on the pill in a desperate attempt to get my skin to CLEAR THE FUCK UP because I'm about two days away from showering with my clothes on so I don't have to subject myself to the horror that is my torso. I know the dermatologist told me it might take two months to see a significant improvement, but she also said I should see some improvement after only one month. Right now? It's worse than ever. And I'm going fucking crazy over it.

Gray and I - specifically the "I" portion of that duo - are just not ready to try for another baby. We're still paying the damn hospital bills from the last baby, and (if you hadn't noticed), I'm still kind of a wreck, so I don't think throwing a helpless child into the mix is a great idea at this point, no matter what we want. (Hear that, Octo-mom?) We need more time to get back into that "place", where the thought of getting pregnant is a happy one, not one that scares the piss out of me, so this birth control pill thing won't really throw a wrench in the family plans.

Hopefully it helps. If not? You'll see me on a 20/20 special. I'll be the girl who skinned herself with a vegetable peeler and then sold the shavings on Ebay.